Our Ultimate Gift to Universe 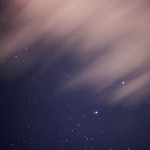 We face the possibility of several existential threats. Some of these risks are anthropogenic, meaning, we humans are responsible for their creation, at least partly. Global warming, terrorism, 6th destruction are some such threats. The root cause of many of these can be traced down to our primitive human instincts. The instinct to survive, instinct to reproduce, instinct to form groups, instinct to protect ourselves, instinct to care for our offsprings are some examples. It is true that because of these very primitive instincts we have continued to survive and have evolved to this point. But irony is that the same instincts are now taking us towards the possible road to self destruction! http://www.drjimtaylor.com/3.0/psychology-is-our-survival-instinct-failing-us/

So here is a question –

Could our primitive instincts be slightly different, still powerful enough to help us survive against all odds and bring us to this level of advancement, but prevent us from creating circumstances of self destruction?

Another way to phrase the same question is –

Is there a possible set of primitive instincts, which would allow an organism to survive throughout evolution and grow into the intelligent specie like we humans, but do so without creating the circumstances of self destruction?

Some would say “we humans have power to think and change and don’t have to be driven by our instincts. If we really want, we can create a safe world where we stop destruction of this planet and stop fighting among ourselves”. Well – this line of thinking has been propagated by many in the past but has never worked and we see no signs of that happening anytime in future. I can see many reasons why it won’t work and needless to say it also has a lot to do with our primitive instincts.

What does our intuition tell us?

Coming back to question, on the face of it the answer seems to be yes. After all it seems to need some very minute changes in our primitive instincts.

Take example of a family unit. We love our kids. We love our grand kids. We do everything we can for them. We never take any steps in personal or professional life, where we compete and try to win at the cost of our children.

If we humans cared as much about our future generations (3rd, 10th or 100th) as we do for our kids and grand kids, we would not do anything to destroy the planet.

For our progress, we engage in both cooperation and competition. If we had slightly less tilt towards competition, so that in our quest for winning we did not go to the extent of sowing seeds for the destruction of planet or to create hatred among us, probably the self created threats that we have today would be far less.

That’s all. If we had the above changes, probably there would not have been any chances of self destruction today or in future.

It does not mean we would have lasted for ever. We could still be destroyed by circumstances beyond us, like a meteorite hitting us before we developed technology to handle it. But we would at least not be adding to these dangers.

Can we get conclusive answer?

Our intuitive answer need not be true. Further, it is obvious that we won’t be able to arrive at a conclusive answer without some sort of experiment or simulation. This experiment or simulation would be nothing less than something on the lines of being able to simulate early evolution. As things stand, we are very far away from being able to do that. This means, we are not going to get the answer to our question anytime soon.

Why delve on this question to begin with? What is its significance?

Well, let’s consider the implications of both possibilities.

If the answer to above question is yes, that is we indeed could have had the altered set of primitive instincts, it would mean the following –

If the answer to above question is no, meaning, the set of primitive attributes we are looking for can be shown to be impossible to achieve in an environment of natural evolution, it would simply mean that the chances of intelligent life, far more advanced than us, existing anywhere in universe would reduce significantly. Basically any organism that would have advanced would most likely ultimately get destroyed (or destroy itself!)

Our ultimate gift to Universe.

Even if the organisms having desired primitive instincts cannot survive on their own, it may be possible that with some early intervention, they can be made to survive. For example, at very early stage, these creatures on there own, would lose out to human like creatures, who are more self centered (that is what the implication is in the event we determine that the answer to the original question above is a NO). But with timely and intentional intervention by some super power, which periodically destroys any opposition, these creatures could be made to survive, till they became self reliant,

And that gives us a tremendous opportunity, if we are lucky to continue to advance. Someday we may have the capacity to create simulations of our selves or we may develop know how to create life on other planets. That time we could sow seeds of such creatures, who will have that set of ‘primitive instincts’ which will survive, grow, but never cause existential threats. Further with timely intervention we make sure they win over any opposition. We would do that till they became self reliant.

By not creating any circumstances of self destruction and staying united, these creatures will keep advancing and ultimately develop capacity to create simulations of themselves and implant seeds for evolution on other planets.

Even if we ultimately become extinct, with our efforts, the Universe could flourish with planets having intelligent life!

Assuming currently we are alone in this Universe, a possibility that lot of us believe and can’t be ruled out ( see – Rare_Earth_hypothesis),  creating such civilizations could be Our Ultimate Gift The Universe.